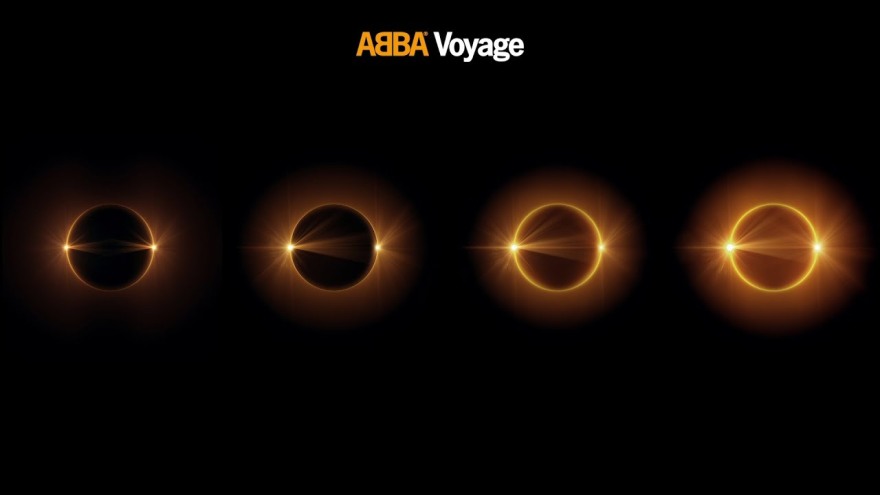 With the number of surprises to come about in the musical calendar year of 2021, a new album by ABBA was not one I’d expect to see – it has been 40 years since their last album, you’d probably never expect ABBA to deliver new music – now, here we are with Voyage, an album the sounds like a culmination of styles, which ABBA dominated at the peak of their popularity worldwide. Ranging from the illustrious variations of synth-pop and disco, ABBA has always been one of the centerfold artists of their genre; unfortunately, having pep isn’t enough for this album to leave a significant stamp on their career and with me. Voyage contains a plethora of ballad-centric synth-pop and the occasional disco laced number; it just ends up becoming slightly forgettable, despite a few songs sticking.

Over the last 40 years, something became apparent listening to Voyage: the dancefloor disco-pop songs don’t have the same gravitas of some of their biggest hits, like “Waterloo” and “Dancing Queen,” but enough to woo you toward the dance floor. It isn’t to say the sound is devoid of nuances, with the band reflecting some of the visceral energy of the latter with songs like “No Doubt About It” and “Don’t Shut Me Down.” That is where the album reaches the tip of the iceberg, as it starts to hit you with memories of the music you’ve been akin to through generational influence. Sometimes they evoke the ticks, which cause your feet to kick in rhythm, all the while forgetting that it is new ABBA. It’s an album that tries to stay on a steady wavelength, despite waning in quality as it loses focus on what it wants to be.

It may come from the notion that the music contains stylistic influence that has been unreleased since ABBA’s prominence in pop (the 70s). But that is only the case for “Just A Notion,” which contains pieces of the whole – I mean, with the differentiating sounds between pop-ballads and synth/disco-pop, you’d be in disbelief knowing 99% of Voyage contains recordings dating back to 2017. It’s why some of the Disco-laced songs have the kind of dancefloor-like gravitas oozing from the seams with natural fluidity. It mirrors the ballads as well, though a few times, you’re left wondering why it doesn’t have that same feeling.

It isn’t to say that all of the ballads are repetitive and lifeless, but the ones that do make it known. “Little Things” is a lifeless ballad that tunes into emotions of happiness that arise Christmas morning. It has no direction within the big picture as it tries to replicate positivity with a genre that walks in too early and overstays its welcome. It isn’t like the opening track, “I Still Have Faith In You,” which weaves varying layers of vocal inflections from lead singers Agnetha and Anni, who give it a duality between the tender lead-in to the uplifting and hopeful bravado mid-way.

But Voyage is a fun album with plenty of hiccups, and they aren’t hard to ignore as the ballad-centric songs don’t have that emotional grasp from the lyrics. Benny Andersson provides the production with unique touches, especially the more up-tempo songs like “Keep An Eye On Dan.” Themes aside – these songs lack a proper line between what it wants to be and how it wants to reflect it. For the most part, we hear ABBA reflecting over the years as their career has transcended the sonic landscapes at the peak of their era. They are now humbling themselves, paving a path of music that eclipses some of the latent and overstuffed Disco trend evolving in pop. It doesn’t typically work for them when it’s sprinkled influence inside the undertow of the production, instead of giving them an open path to let some songs creep by into rotation, like “Just A Notion.”

“Just A Notion” tackles uplifting and rejuvenating positivity, reflecting on the moods that the music has brought fans throughout the years. In doing so, they give it a fun tongue-in-cheek approach. It makes fun with the notion that their music creates that funny feeling, which grasps you by the hands and soon-after you’re boogie-ing with a smile on your face. It’s a sentiment that breathes its essence amongst a few songs like “Don’t Shut Me Down,” which elevates the bombastic nature of the Disco elements, from the percussion to the twinkling piano keys. Benny Andersson, along with Björn Ulvaeus, demonstrates that they haven’t completely missed a step. The melodies and harmonies are consistently vibrant and encapsulating; unfortunately, they aren’t enough to make this album any more than what it is on the surface – just fine.

Voyage feels like a short voyage, compared to the elevation ABBA’s past work has been, but there is enough to return. There are smooth Disco songs that are matured on the outer while retaining an essence of the ABBA that has swooned us throughout the years, even when they don’t have enough ticks to find a spot in the memory bank currently occupied by 70s ABBA.