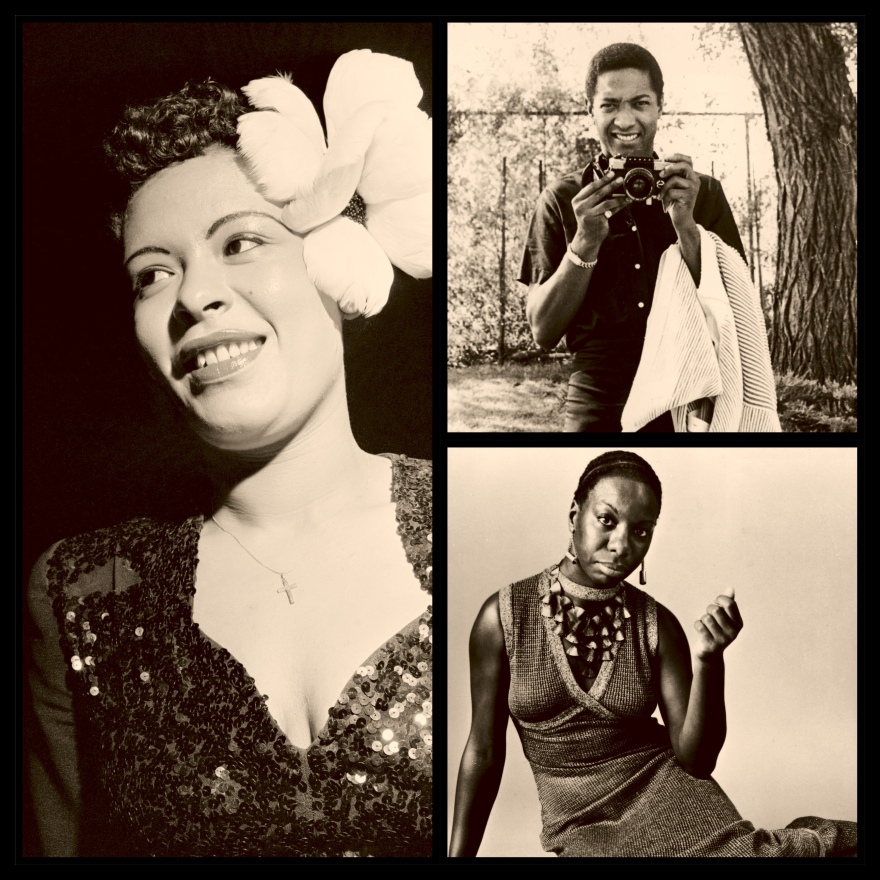 “Strange Fruit” is one of the most famous protest songs of the past, but it stands alongside many that came after. When the dynamic shifts in the people who were oppressed turned on the peaceful flames, they fought for change. And behind these movements, there were gas ignitors that helped spread their message in the form of music. Billie Holiday, Nina Simone, Odetta, and Sam Cooke, are some of the many to bellow out these beautiful songs that expressed their inner pain and heartbreak to see the divide in the world based on race and religion and more.

Abel Meeropol wrote “Strange Fruit” after seeing a photo showing a lynch mob hanging two young African Americans, Thomas Shipp and Abram Smith. It was a de facto idea behind the “Jury of the People,” which has been prevalent today with “cancel culture.” During the various peaks of ignited fuel for the Civil Rights Movement, like Emmett Till who was murdered by the men of the women who falsely accused him of heinous acts.

So when Abel Meeropol let his inner anguish boil into flames, he wrote “Strange Fruit.” To him it was an act of protest against the racial mob mentality from various angles, including the justification and persecution of African Americans under Jim Crow laws. In this particular case, and as it was for most cases in the south, the unruly mob took a tyrannical route of justice. The two men who were lynched by the mob were accused of murder, rape, and more. The extent of their guilt is based on an admission by a third man who managed to escape for a brief moment.

Eventually it would make its way to Billie Holiday, whose expressive delivery was mastered by the despair growing through her vocal chords. Billie Holiday’s version has stood the test of time as the more iconic version, but her legacy is spread through the times covers or samples has reemerged during times of racial strife in one way or another. Her story, amongst others, became catalysts to a life tarnished and a future for artists to let their voices be heard.

Protest music had slight “prominence” during Billie Holiday’s prime (30s, 40s, 50s)  and destruction at the hands of the FBI, which is what made her case so relentlessly disheartening. She was played into being painted as a drug addict (which is slightly true). Like Fred Hampton, Billie’s life was infiltrated by someone working with or for the FBI, which showed inherent racism through the years. It’s like what the film Judas and The Black Messiah showed about the racial divide. It was no secret J. Edgar Hoover had an extreme hate/disdain for the African American Community. And he feared a “rise,” that would change the social-dynamic of their race-classism.

“Strange Fruit” has seen many renditions. It has been sampled by many artists, particularly in Hip-Hop. Throughout history, this song has been an embodiment to the struggle the African-American community lived through during an era where freedom wasn’t all that free, especially the way they were tried.

As artists grew alongside hand in hand with the world, the protest song became more and more prominent with the Civil Rights Movement and the eventual protest against the Vietnam War, amongst the long standing history of songs of prior. Especially with rock and roll and folk artists at the time, save for the legendary Woody Gunthrie song “This Land,” which protested the weak-white centric symbolism of the song “God Bless America,” which didn’t reflect the universal citizen demographic with simple blandness, especially now with the kind of history we’ve had.

During the March on Washington, a lot of artists performed songs that have metaphorical meanings behind the lives of many and the oppressive nature from those who had a superiority complex. Though it was a bigger picture, as there had been a lot of shifty practices everywhere and especially in the work place. The march was known as March on Washington for Jobs and Freedom.

These performances consisted of few well known artists, like Joan Baez and Marian Anderson, but nothing was phenomenal as the performances of Odetta and Mahalia Jackson, who performed the gospel song “How I Got Over,” which showed unity through belief and prosperity. And Odetta’s performance of “I’m On My Way,” continues the sense of hope as it shows the light at the end of the tunnel behind the journey for their freedom and equality.

“This Land Is My Land” and Bob Dylan’s “When The Ship Came In,” grew bigger than intended with deep rooted allegories in the words. Bob Dylan’s song is seen as an allegory to having the power to fight oppression. And as such they become associated with various movements and producing various covers from different artists for newer generation. One particular song, inspired very loosely by the Gunthrie song (interlopes part of the chorus), “This Land,” by Gary Clark took a different approach as it speaks on the continuing racism Gary faced and the way it mirrors to ongoing ideas flowing through their heads. More importantly skin color and the vague association with them.

“Mississippi Goddamn” by Nina is a remarkable feat that expressed her views at the horrors of the deaths/lynching of young men and girls in the south (Emmett Till, Medgar Evers, and the Baptist Church Bombings that took 4 young lives). Nina Simone was never silent when it came to speaking on the front lines and the music she created that brought that awareness is an embodiment of that. She was prominent figure/activist during the Civil Rights Movement, delivering help in various ways, one of which was music. She has many songs in her repertoire that were a part of something bigger, but outside of “Mississippi Goddamn,” the other most recognizable contribution to protest music was “To Be Young, Gifted, and Black.”

Nina Simone’s music allowed her to give her people’s voice a bigger platform, with certain performances of songs done and recorded. “To Be Young, Gifted, And Black,” was first recorded at a live show at the Philharmonic Hall. The title of the song was inspired by Nina’s late friend Lorraine Hansbury, playwright of the autobiographic play of the same name and A Raisin in the Sun. This inspirational song expresses hope of a different future than the limits and struggle Nina and Lorraine faced and overcame to be who they are.

The way “To Be Young, Gifted, and Black,” expresses the notion of education and prosperity as a unique gift that one can wield and how it can be lost when does around you try to hinder your own progress. Though it was hard for many, going as far back to the their people’s freedom.

Sam Cooke’s “A Change Is Gonna Come,” became one of the quintessential anthems of the Civil Rights Movement, with its effervescent orchestration and vocalization that demanded unity/change. It aspired for hope and the dream Martin Luther King Jr. spoke about. It was a dynamic change for Sam Cooke, as the music he recorded prior to followed themes of love, unity, and community through a broader POV. But “A Change Is Gonna Come,” brought a view people weren’t so adjunct to seeing from Sam Cooke. It showed, when he performed it, instead of the leading single of his album at the time, during a stop at The Late Show with Johnny Carson. It’s unconventional direction is what made it so profound and memorable.

Sam Cooke sang predominately slow soulful and R&B like love songs, primarily, trying to keep his music in line with a kind of genius few have been able to master consistently. So the change of pace during his performance showed the world he isn’t always like the mainstay they have known him to be, and has a stronger voice to express within. Unfortunately his life was cut short later in the year of this release (1964).

Music gives us many forms of expression; whether we hear through their anguish or words, we can make music paint a bigger picture. Hip-Hop has become that for the people of today, but has been here for years prior as well. From the aggressive and audacious “FDT (F*ck Donald Trump)” by YG or rather most hip-hop songs from the past 40 years that fill that void. We had Public Enemy’s triumphant anthem “Fight the Power,” Grandmaster Flash and The Furious Five’s “The Message,” and NWA’s “F*ck the Police,” all of different eras, but fought back showing the incomparable poverty and social climate minorities lived in around the world.

Each of these songs fight against a system that messes with those beneath the oppressors, like the distinguishing segregation from the neighborhoods they deviate the people too. It is as if they push to them to side to weaken their chances of proper education and success that others receive. From 2016 on with President Trump in command, an outspoken bigot, it gave people a sense of security to speak and act in similar ways. All it takes is one “powerful” role model to give that sense of security, which is why we hear more and more acts of violent and other aggressive hate crimes happening like its nothing; this, even if it comes from a mob mentality-like situation.

No matter the “genre” music has a way of slipping deep into the cracks of our purpose and shows us that we have every right. Listening to the opening of the this music video, you hear a young woman express their lack of simple freedoms from the Bill of Rights because of the fear mongering finally show in those who are supposed to protect and serve us.

As well, there is a lot hypocrisy behind these people who have preconceived notions of the social structure of humanism. This hides behind the larger structural walls of blindness. It’s the belief a 15/25 year old American is going to clean or fix your stuff when they want to explore new worlds. People like Latinos struggle to make a living in the United States because citizenship is worth a lot, especially in the workforce. This is why you see many work dead end jobs like dishwashing and gutter cleaning (for example).

As a society we have a long way to go, but learning and adjusting is only part of the equation. We have to fight harder for humanistic equality. Music allows us to have a voice and it’s great that we use that voice to speak to bigger issues. It has ways of accessing people of different tastes, but the goal remains the same. This weekend, Hulu will release The United States vs Billie Holiday, a film detailing the bigger picture of the performances of “Strange Fruit,” by Billie Holiday. If you’re not privy to documentaries or reading, definitely give it this film a go to see a new world open up to you in music history.