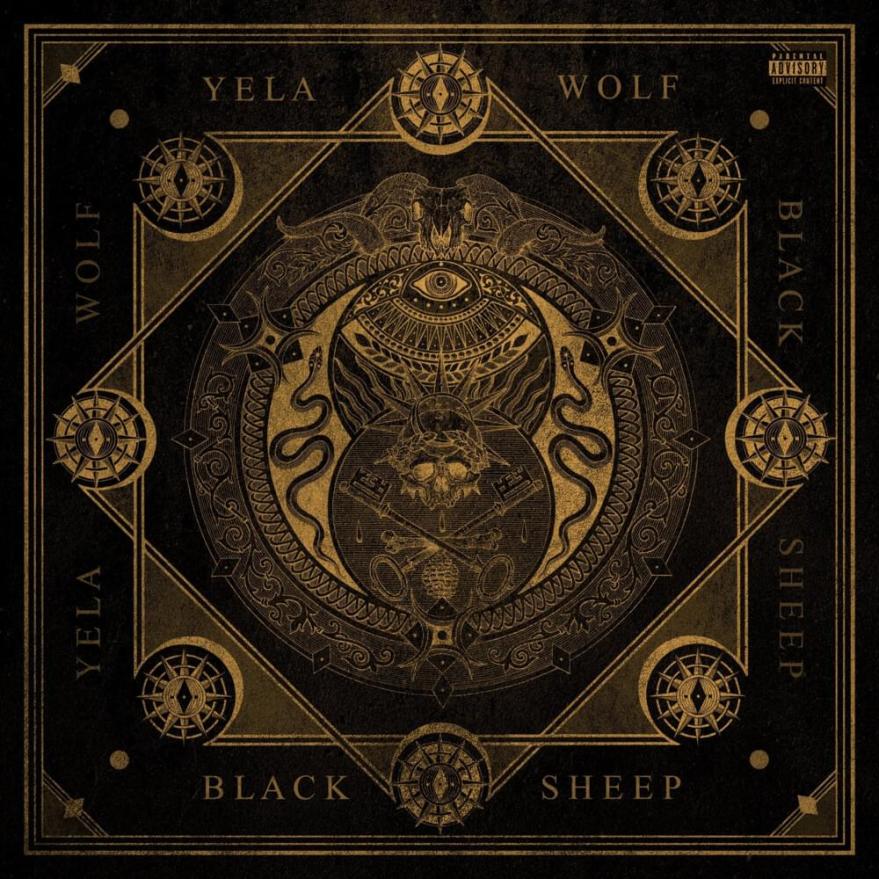 There have been a lot of unconventional collaborations throughout music history, especially in rap. For example, from listening to the content of Eminem from 1999-2002, would you have ever thought he would appear on the remix to “Lean Back?” Most likely not, but in a weird way it works. The duo of Yelawolf and Caskey are like that Eminem feature, interesting, intense, and bombastic. Though they have some contrasting styles they discovered a way to bring their braggadocio complex onto the forefront. Yelawolf Blacksheep is a combo of Caskey’s raw emotional and hyper sensationalizing lyricism and Yelawolf has steady aggressiveness in his derelict imagery of the south that mesh better than one would expect. Unfortunately Yelawolf Blacksheep hinders from a constant misstep from the two rappers; the molding chorus that brainwashes you to return, but they let their rapping skills and flows take control of the wheel for those who are fans of this kind of approach.

Yelawolf and Caskey aren’t the most astute, but they never falter into a drought of basic raps. There is always something to keep you investing time into the 11 track-36 minute album. The first half of the album takes that braggadocio fierceness up a few levels before laying their own “mellow” groundwork like on “C’est La Vie,” which tones down the instrumental from their usual work, though it isn’t something new for the duo. Though it has never been their strong suit, they make tracks like that work most times on the album, keeping with two types of consistency. The strongest of the two being their songwriting(save for the choruses) and flows.

Yelawolf Blacksheep‘s other ongoing consistency that keeps the mind thinking you are hearing the same beats each time and it does create slight boredom. Fortunately, the short runtime allows it to breeze like Yelawolf’s beretta-like flows throughout. This takes a slight somber tone as the album passes by a crazy night in the track “Turn Up in Tijuana,” which sounds like what a 13 year old me would part like.

Most times instrumentals need a little bit of cayenne and paprika to spice up the pedestrian percussion patterns rap tracks slightly rely on for a base. Yelawolf and Caskey are not innocent of using similar percussion, but the extra southern flare lets the flavor kick throughout Yelawolf Blacksheep. “Turn Up In Tijuana,” effervescently uses mariachi strings and horns as overtures that eventually become subtle like some of the lyrics hidden between the in your face braggadocio raps. They don’t turn heels, but its constant momentum might make you miss some illustrious metaphors.

The second half of Yelawolf Blacksheep takes a slight step in an introspective direction, where you get barriers broken and they leave you with scenes of their adolescence and come-up in the music. It allows the heightening veracity to make sense in the first half as the album ends with content about their first deal and getting out a gutter, then transitioning back into “Just Another Intro,” which acts like its namesake. The lyrical content is completely reflexive of their artistry and they deliver with ferocity.

Yelawolf Blacksheep is a solid debut from the duo who fit better together than most collaborations out there. It takes a real craft to make styles mesh, especially when it is Yelawolf’s country-grit and Caskey’s heavy southern trap bass. Though one would prefer the album to keep its consistent bombastic style, it’s always nice to hear barriers being broken to let the listener inside their world with that picture painting.