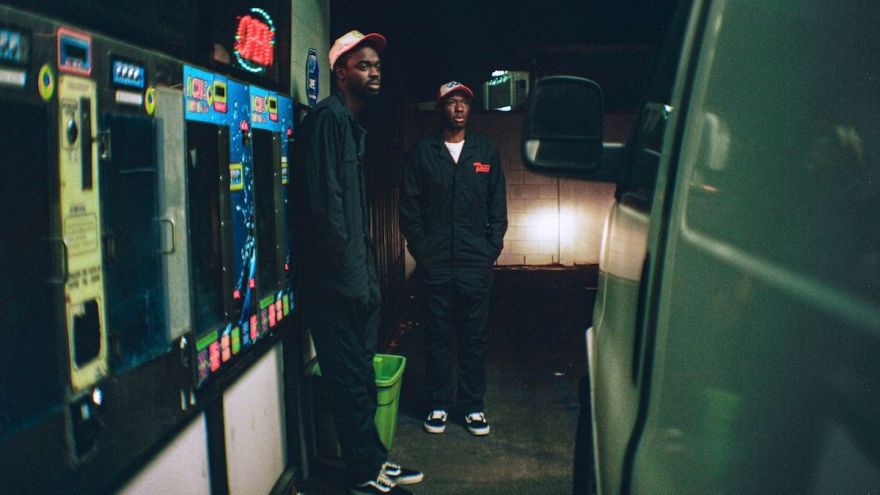 When I first heard “Heavy Metal,” by Compton duo Paris Texas, there was a lot about it that just clicked on all cylinders. It had this industrial edge sonic coating over these naturalist punk influenced instrumental, while bringing that elevated hip-hop edge. It was a beautifully oblique debut that mirrors something an artist like JPEGMAFIA would do. To further compare their sound to someone isn’t hard to do, but that isn’t who they are since they are not trying to be replicative and instead create unique sounds doesn’t have much of a proper definition. Coincidentally, It flows with the little knowledge there is about about the duo. Their stage names are Louie Pastel and Felix; they are from Compton and they produce their own work. But within the unknown is a flurry of curiosity and immense creativity, which they express fully on their debut EP Boy Anonymous.

When it comes to debuts, artists usually build an elongated hype by flexing their technical and lyrical skills before releasing a compilation or albums and so forth. Paris Texas had none of that. They went from dropping “HEAVY METAL” to an eight-track full of production that contains nuances of the sonic construction behind industrial and punk elements of “HEAVY METAL.” They bring this vibrant and chaotic energy as the EP opens with the closest thing to the aforementioned tracks, “CASINO” and “PACK 4 DA LOW.” These industrial punk raps engulf you with immense hype, albeit running short.

Louie Pastel and Felix aren’t always delivering raps on this EP. They branch our ears into hearing them create these post-punk songs reminiscent of groups like Depeche Mode and Joy Division. This creative freedom they’ve chosen to implement in this leaves you in awe from the consistency in quality and sound. “A QUICK DEATH” in particular, embodies authenticity in the production that is reminiscent of something Depeche Mode would have made at their peak. Though these tracks highlight the range in which this duo can expand their sonic style, it makes the thought of their overall ceiling more intriguing.

However these “teases” are spread in between glimpses from their fully formed tracks, like “SITUATIONS” and “FORCE OF HABIT,” which encompasses the chorus with new wave elements like vocal modulations for melodies. But it’s when it gets to the rap verses where you start to see the esoteric-like aesthetic in their flows, with one being more consciously-witty and deep, while the other has this grungy braggadocio approach. These styles compliment each other well; although they are offset by differences on the lyrical spectrum. It is the way they deliver and mix the vocals onto the track that shows the beautiful musical cohesion between the tracks.

The length of most of these tracks makes the EP feel a little empty at times. And to it’s benefit they are only making a splash now and they may not want to overflow the market before they release something bigger. These shorter tracks do come from ones I wish we had more of like the melodic braggadocio and conscious rap track “BETTER DAYS” and the braggadocio “PACK 4 DA LOW,” which has this great bombastic and static production. Fortunately it doesn’t suffer from any issues in pacing as it fluidly and wildly goes from start to finish with the array of sounds on here.

Boy Anonymous comes by as one of the best surprises of 2021, especially for a debut. It isn’t unfounded these days to come across something ambitious that is actually great, opposed to being too ambitious and flopping hard. It’s exciting to hear what they have in store for the future, but for now this EP is around and streaming on major platforms.