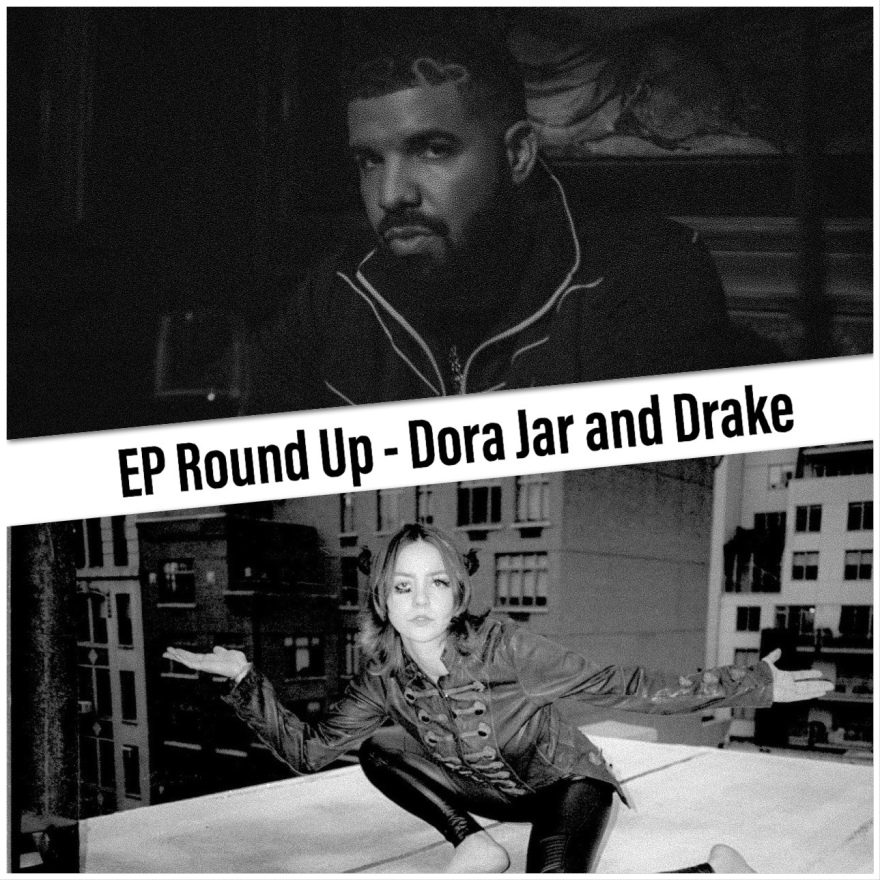 This weekend saw a decent amount of releases; from the surprise hype project for YG’s record label to the over stylish electro pop album by Zara Larsson, there is a lot to digest and enjoy. However, nothing has been as ear grabbing as the projects from Indie songwriter Dora Jar and, well, Drake, who deliver momentum, in their own way, toward what is in store for 2021.

Dora Jar came onto the radar from an Instagram post by Pigeon and Planes, where they highlight independent artists and mark possible similarities to other artists. This is for the purpose of growing a listeners’ base with similar tastes, but from the few songs she has released prior to Three Songs – Single has shown strength through her ability to flow easily through lower-medium vocal pitch-like instrumentations of “Multiply.” Though the title seems to have some misconception with the single tagline, the three songs on Dora Jar’s Three Songs is equivocally more immersive and beautiful than the title suggests.

In keeping with the overtures from rustic acoustic guitar riffs, from her previous singles, the EP adds depth to the three songs. Dora Jar brings different archetypal layers that elevate the emotional grasp she initially gets you with, like on “Quiver.” The opening track has an eclectic array of simple strings and percussion that build upon the mood – re-enforced by Dora Jar’s strong vocal delivery and lowly piano keys.

“Believe,” unfortunately doesn’t hit as hard as “Quiver” and the closing track, “Look Back.” This is mostly due to the simplistic acoustics that drowns out any undercoating the production has. Dora Jar doesn’t disappoint as a writer. All three tracks have an emotional cadence from her delivery of the words on paper, with each track tackling innate insecurities Dora has/what her listeners can relate to. This and the production is what makes “Look Back” such an eloquent song to cap off the “EP.”

Elevated by a strong opening and ending track, Three Songs – Single is a better-set introduction to her artistry and the music to come as she grows into her own.

There has been great consistency from Drake when he delivers smaller projects and this is because it allows him to be more concise and structured as opposed to “trying to do too much.” This has been the case for his recent album, but EPs like Scary Hours and The Best In The World Pack have been a completely different animal. Scary Hours 2 continues that trend with a monstrous delivery and insane production. The EP takes Drake back to his more astute lyricism, that he tends to hold back in order to create a grander landscape with the music, but there is more impact this go around.

Scary Hours 2 is a collection of three songs that bring various perspectives about the grandeur-scheme behind success and the way it affects those within the light, like on the standout “Wants and Needs,” featuring Lil Baby. The production has a crisp ambiance that is less reliant on a 1-2-3 1-2-3 base beat pattern, and instead takes on a somber coating to the BPM. The subtlety allows Drake’s infectious chorus delivery to immerse the listener deeper into the context of the themes/contents of the track. Lil Baby’s energetic flow adds a lot of vibrant colors to the track elevating as the best of the EP.

The other two tracks have their own way to create great energy, like the Trap-centric “What’s Next,” and the fully defined “Lemon Pepper Freestyle,” which has Drake and Rick Ross pitting themselves against the pen and paper and giving us introspective lyricism that hits harder on a beach in Miami, with the powerful drums patterns eclipsing the smooth ambiance from underlying vocalizations and soft, but impactful hi-hats.

Scary Hours 2 is a phenomenal tease-hype EP for Drake, whose capability of creating concise and tightly structured mini projects glows on this. Though there are reservations about the upcoming release from Drake, mostly because of the title Certified Lover Boy; however this offers enough new bangers to keep you satisfied until the album.