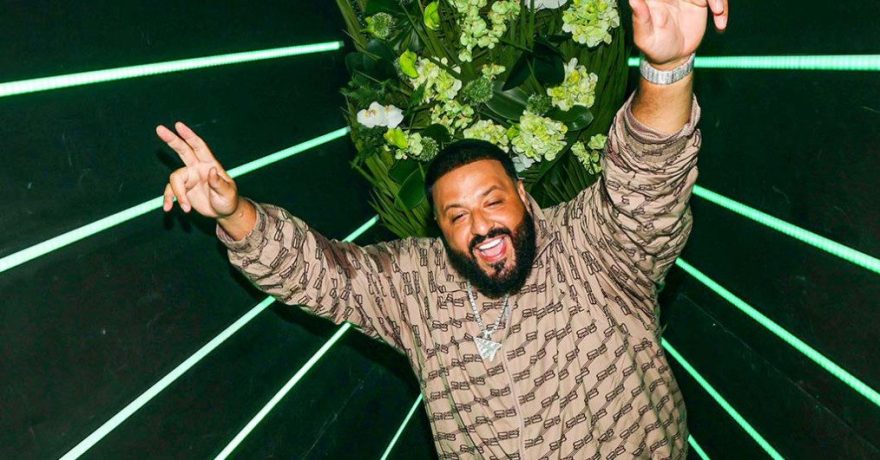 Mid-way through the 2010s, DJ Khaled saw a significant pivot in quality, where an onslaught of mediocre singles and albums rolled out, leaving us with little to return. He wants to be like other heavyweights in the game, like DJ Drama, DJ Kay Slay, and DJ Don Cannon–to name a few–but he hasn’t found his voice after all these years. Instead of being respectable 100% of the time, Khaled is choosing to be more of a meme, rather, an apparition that haunts you whenever you question his presence, like this year’s Academy Awards. However, he’s still capable of orchestrating and producing quality tracks where the delivery is enough to reflect competency; though it wasn’t pertinent on his last album, his follow-up, God Did, mirrors the quality of Major Key, though that isn’t high praise. God Did bears intriguing features and directions for Khaled, which don’t always work, but it’s fresh to hear a concise approach as opposed to Khaled Khaled.

Given the context of how DJ Khaled constructs his albums–creating distinct hitmakers, at times wavering toward a concept–there is merely so much you can take away outside of hip-hop or reggae/dancehall club hits. You add them to rotation, and like the previously mentioned DJs, that DJ KHALED yell at the beginning is a signifier of bangers. But as he’s grown, he’s learned to over-sizzle his presence and bore us with basic motivational drab that you want to skip to the first featured artist’s vocals. It happens immediately after a quick and forgettable Drake intro with the title track and a bit more frequently than expected down the line. It delivers one of Khaled’s better tracks in some time, with a lot of credit going to detail to make an 8-minute epic feel epic. With Rick Ross and Lil Wayne offering crisp 16s before Jay-Z comes and raps for 4 minutes straight. Khaled sets up a kind of thematic motif that represents humbleness and grace as you rack up success, but it’s sonically displaced as Khaled fizzles the gospel approach to hip-hop that many enjoyed from Ye.

After, it’s one stumble before it begins to sway between various ideas that never go anywhere, like that spiritual-esque motif that shines on their approach when flexing–which becomes forgotten, at times hypocritically expressing what is considered sinful, like pride–or ineffective deliveries. With “It Ain’t Safe,” featuring Nardo Wick & Kodak Black–though the latter speaks for itself–Nardo Wick doesn’t mince words–in his first verse, he spits: “​​She see the way I pull a bitch/You see the way these diamonds hit/Nigga try to touch my chain, you gon’ see the way this 40 kick.” There are hints of pride and violent threats, but I digress as the song is effective on its own, but when you think about the direction Khaled is seemingly aiming for, it misses. It does so on the remix to “Use This Gospel,” a Ye track from Jesus Is King, remixed/produced by Dr. Dre, Timbaland, Federico Vindver & Angel López, and featuring Eminem. If you ever had doubts about Eminem on a gospel track with no cursing, expect the best he can without synergy since Eminem’s style doesn’t adequately parallel a style sketched by the original.

Other stagnant aspects deter from what one expects after listening to the first three tracks. Though that isn’t to say the–immediate–subsequent tracks falter. “Big Time” and “Keep Going” shine by encapsulating the featured artists’ strengths and allowing them to direct their perspective identity with the beat. It’s a consistent positive within Khaled’s talents; he can build something great in his mind, despite the execution never landing, like on “Let’s Pray” or “Beautiful,” where individual artist delivery can’t buoy the song from being more rudimentary comparatively. It doesn’t benefit from relegating SZA to a chorus role when Future is retreading verses from his last album, albeit a breezy flow. Likewise, other missteps become more apparent, like some sample use like on “Staying Alive.” It’s an egregiously dull and derivative use of a Bee Gee’s song–the base production is simple, outright basic, and unappealing. Adding the interpolations of the chorus with some overly monotonous Drake vocals makes it one of the more annoying stop-gaps that can halt any listen. It’s an absent idea that sees him wanting to find a trend between disco nostalgia and hip-hop but misses the mark.

Lacking subtlety, its use of samples gets used to boast the effectiveness of Khaled’s sonic direction, offering a rich layer that’s either emotional or outright fun, like on “Party” with Offset & Takeoff. “Party” samples the Eddie Murphy hit, “Party All The Time,” and as I heard the filtered synth sample and the slightly distant reverb in the chorus from the song made me laugh at first. But as I kept returning, it dawned on me how effective its use is as they make it their own without an abundance of Khaled. Similarly, “Way Past Luck” beautifully incorporates samples of the production from “All This” by Barbara Jean English. Confident pivots leave tracks independent from the mold, capable of holding weight amongst as it stands on a corner delivering concrete fluidity. It’s especially the case with the three songs that immediately follow “Way Past Luck,” considering his inclusion of Juice Wrld was both enjoyable and respectable, as it builds hype toward a thrilling Jadakiss interlude. It may be stagnant, but DJ Khaled still somewhat delivers on the orchestration side.

God Did is a better album than DJ Khaled’s last outing, but the standards he has set for himself get properly reflected here, even if he could go higher. Though, like most Khaled albums, there are bangers to return to, despite wrought inconsistencies. I had a somewhat fascinating and fun time going through the album, which I expect from most, even if it doesn’t tread toward the quality of projects like Suffering From Success.

One thought on “DJ Khaled – God Did: Review”