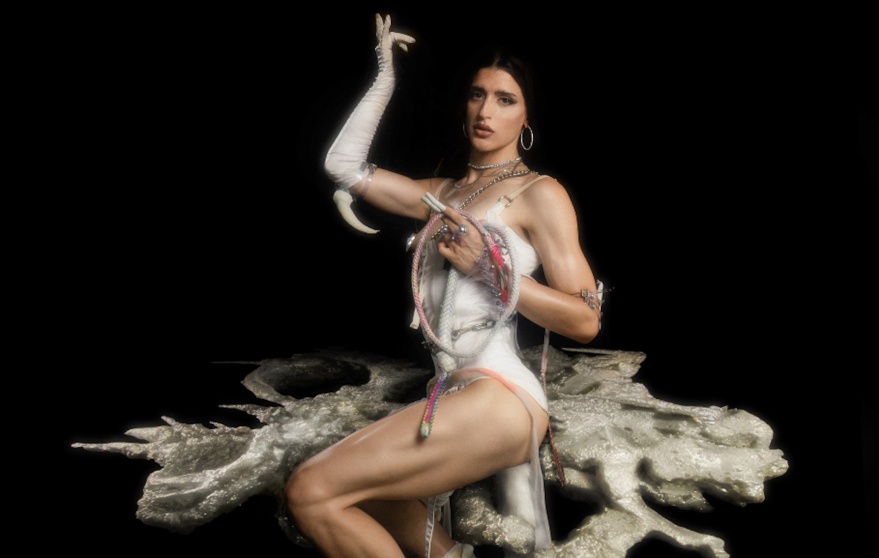 Arca can evolve as an artist and can grow as a person. But no matter what she delivers, Arca still retains a few quirks that make her, her – now, it’s this unique pitch, aligning with her flows, that builds an expressive hype, and the way she has implemented it in her music has been a strong component of her artistry. It became more noticeable when a few songs on her new LP mirrored the intensity of songs like “Rip the Slit” on KiCk i. It has become more apparent the more Arca grew and created albums of varying degrees, sonically. With 2020’s KiCk i, Arca lets her inner Latina breath; she meshes gritty-dynamic electronic textures with predominately Spanish lyrics. She continues to do so on KiCk ii, exploring different sounds and immersing in her Latin roots more by tweaking with genres that she grew up around.

Listening to KiCk ii for the first time threw me for a spin. After some time, you start to gain sensibilities for what an artist may deliver, but Arca disproves that notion – she gives us a project where the nuances shift in the direction of reggaeton, aligning more with her cultural roots. It’s different, and it doesn’t get held back as electronic sound glimmers on the surface. After a modestly typical opening track by Arca, a gut-punch hits you and spins you around till you land flat on your face. “Prada” and “Rakata” come in as these larger-than-life productions that beautifully complement Arca’s melodies with vocal modifiers. Arca weaves a percussion style more prominent in reggaeton and shifts the outer grooves to align with them – “Rakata,” for example, has these electronic overtones that reflect the shifting style of reggaeton. The electronic complexion begins to seep out a little as the album progresses; Arca steps up to the plate to remind us she isn’t changing, just evolving.

You start to get a sense of Arca’s development through the varying directions she takes a song’s core, like on “Luna Llena,” which includes production from hip-hop producers, WondaGurl, Jenius, and CuBeatz bringing a smooth hip-hop beat underneath toned down synths. “Luna Llena” sees Arca creating parallels between her transition as an artist and as a person – mentally and physically. She uses the full moon as a tongue-in-cheek-satirical analogy, considering the duality in opinion from the outside world.

Arca writes into existence moods and feelings that bloom into these realized stories and indications about her conflictions that disavow her from feeling free. The previously mentioned “Rakata” – synonymously known as a term in reggaeton, meaning atacar or attack – speaks true to its meaning as she attacks the theme of sexual freedom with ferocity. The production is crisp and stays true to its concept with no bump on the road. But for what Arca delivers, she stays on point and head-on.

Arca’s derelict attention to detail gives us fluid soundscapes and songwriting. It’s no surprise since previous works benefited from Arca’s intuitiveness to create while never waning thin on a concept. And through the sheer force and gravitas within her eerie vocals and intensifying production may sometimes make the words inaudible, but repeating them adds to themes like sexuality and expressionism. But songs like “Muñecas” and “Lethargy” embolden the surface layer of the song titles by constructing the layers of bass and high-tempo grinding-synths, all without adding anything interesting. These songs, along with “Araña,” bridge past the reggaeton landscape, maintaining few nuances but engulfing themselves into the electrosphere. Though, the former tend to have more of a dynamic punch than the latter. However, when Arca finds herself becoming more in tune with the electronic genre, it becomes a bit of an overabundance of cathartic sounds. “Femme” and “Muñecas” lose themselves in a graff of slight redundancy.

It picks back up with “Confianza,” a happy medium between the two genres/sounds as Arca gets back on two feet. It’s quick-winded by a slight snooze on “Born Yesterday,” which includes guest vocals by Sia. The two have created quality music in the past, but after some time, one can sense what sounds like a typical electro-pop Sia song, and it’s difficult to escape the thought when it hits you. But it ends on an eloquent note with “Andro,” a beautifully soft instrumental (comparatively), which is all you can ask for in an album.

KiCk ii isn’t as much of a roller coaster ride and instead runs through with steady consistency. Fortunately, there is a lot to take from KiCk ii, like her vibrant and confident self. If “Non-Binary” on KiCk i didn’t start to stir the pot for you, then KiCk ii brings it to a boil. There is a ferocity to Arca’s artistry, and she delivers with transparency. The excitement lingers as two more volumes get their release and the musical evolution of Arca grows and grows.