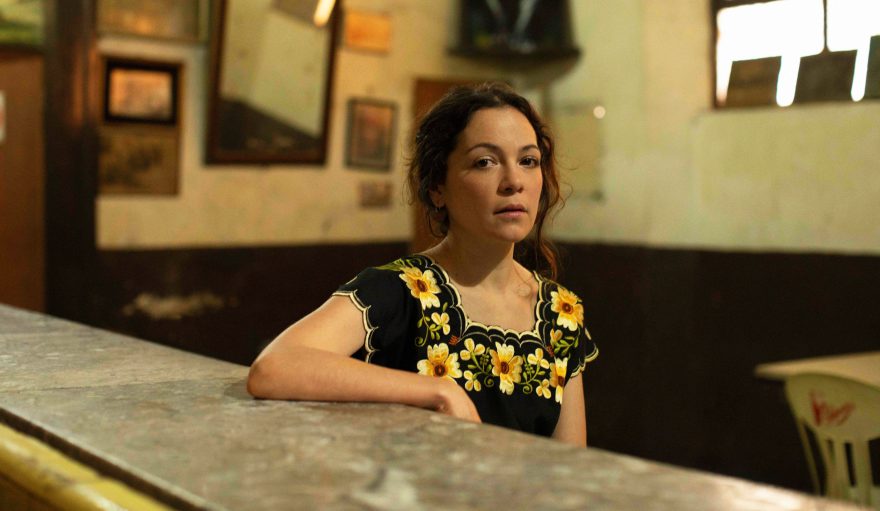 Natalia Lafourcade’s expressive and eclectic talent has never been lost within the many reviews of her work. When she releases a project, she comes in with an established direction, differentiating projects between an effervescent array of beautiful pop ballads and keen traditional Mexican folk music. This has been ever-present since the release of 2017 Musas, which has been odes to the musical influences that has been with Natalia since the start of her love for music. This continuation on both volumes of Un Canto Por Mexico has been nothing short of amazing. With Vol. 1 she delivers livelier-traditional performances, while Vol. 2 brings a slightly melancholic direction sonically, allowing for the guitars to play bare as Natalia and her musical guests flourish from start to finish.

The whole process behind the two volumes have been focused on establishing a light on and helping those working to rebuild the cultural buildings, and city of Puebla, after the September earthquakes of 2017. In an amazing way, it gave Natalia Lafourcade a chance to help her community by building a charitable bank to donate from the money received off these two albums. And as a double-edged sword, has given her new motivation and influence to deliver new updates of her music, affluent in the popular sound she grew up around.

Un Canto Por México Vol. 2 opens with a beautifully haunting and nuanced acoustic cover of “La Llorona,” Natalia Lafourcade sets the stage for the album to take shape. As she bends the corner, she delivers a nuanced collection of songs that will take some Mexican listeners down a trip of remembrance with the elegant production that is established on the album. She enlists a treasure trove of artists to accompany her and elevate these new updates to new heights.

Amongst the treasure trove of musical guests, nothing caught my ear quicker than her update of “Recuerdame” from the Pixar film Coco. On this broken down take, she takes away the accompanying vocals from Miguel and instead duets with Mexican Pop singer Carlos Rivera, as well as expanding the length by double and adding more beautiful harmonizations. Rivera’s vocal inflections bring memories of listening to classic Vincente Fernandes, when he wasn’t fully in his feelings and letting the world know how he felt. But the songs on Un Canto Por Mexico Vol. 2 are full of beautiful guest vocal performances from legends from her country, like Aidas Cuevas on “Luz De Luna,” and Pepe Aguilar on “Cien Años,” where they bring the vibrance behind the history of the Mexican music scene from Pop to Regional.

Un Canto Por México Vol. 2 is like the first, where it contains updated versions on past songs, along with covers and some unreleased material. It ranges from the traditional covers like the aforementioned “La Llorona.” Though this time, there is less unreleased material and more beautiful new updates on songs, primarily from the phenomenal Musas Vol 1. & 2. It astounds me with the kind of consistency Natalia Lafourcade has at creating these unique varieties of music since her rocker days in the 2000s. But as she continued into the 2010s, a lot of her music has been an arrangement of carefully crafted pop ballads and traditional folk influenced tracks, and it continues into 2020 she has taken that beautiful turn into delivering more traditional-regional music akin to the past. It bleeds into the music she updates.

The way the production/instrumental arrangement isolates the folk-pop aspects and flips it with to subtly underlie the traditional and regional-pop twists. It elevates the music to newer levels that you start to become distraught on which version is better. However this isn’t much of a surprise considering Kiko Campos has been a solid and consistent producer of her work, dating back to Musas. The regional take on “Luz De Luna,” on this album is a lot more elevated in emotion opposed to the somber-pop take from her 2017 album Musas. This is similarly the case on “Tu Si Sabes Quererme,” which adds a bit of a salsa undercoating from the dueting performance she has with Cuban artist Ruben Blades. It takes a beautiful twist when Mexican poet and hip-hop artist Mare Adventecia, comes in the third act with a stunning verse that flows in beautiful tandent with the visceral horns in the backdrop.

There are very few moments that Natalia Lafourcade comes on to deliver solo performances and when she does, it’s like seeing future Mets legend Pete Alonso hitting a dinger out the park. With the elegant and haunting acoustic rendition of the traditional “La Llorona” she brings forth nuance and lets herself feel bare and free behind the microphone. Though this isn’t a commonality for her, especially since she has been able to elevate that soprano range to new heights. On the lovely mix of “Alma Mía/Tú Me Acostumbraste/Soledad y El Mar” her new approach by breaking the production into a lovely breed of acoustic guitar, that eventually elevates with overlaying melodic strings and horns that evoke that regional Musica Mexicana Tradicional. She has this unsung beauty about in her voice that just makes the mouth drop with consistent awe as she gives us this, on top of the many duets and more on Un Canto Por México Vol. 2

Un Canto Por México Vol. 2 is an astounding album and one of the best things released this year. However it may not be for everyone considering the niche nature of the music and beyond. But Natalia Lafourcade is continuing to prove that she isn’t going away we should embrace the talent and the music she constantly gives us.