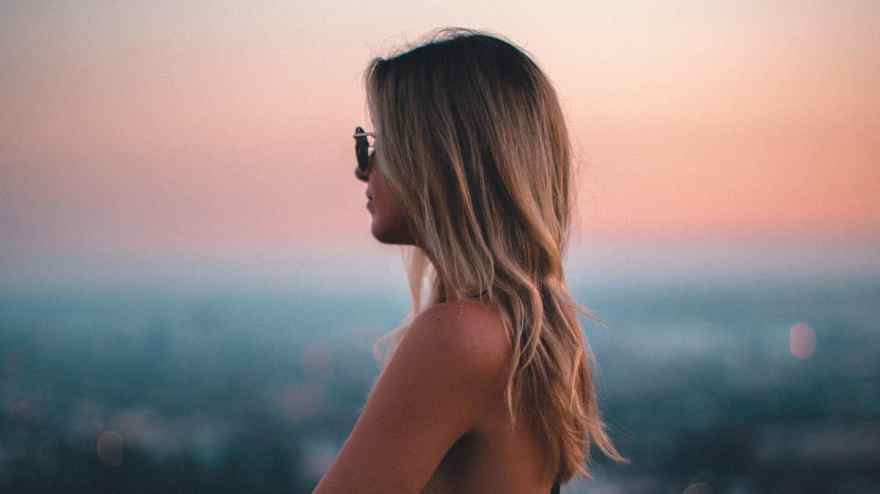 Nora Van Elken may not be the most well known amongst her peers, but she has been exponentially growing uniquely within the otherwise colorful deep house and downtempo music. She breaches different territories by allowing her own distinct vocals to have a sense of confidence within, specifically in her debut album and covers, as well as having a beautiful array of conceptual projects. But amongst the plethora of music she has put out, there are few projects of note to check out by this unique house artist, who on her own has made some bold moves in the music she made covers for and remixed, as well changing her musical landscape to be adjunct with the culture that influences it.

The self-titled Nora Van Elken is her only work that has a consistent sonic landscape that emboldens EDM styles. The illustrious percussion notes take you on a trip through an elegant array of one-two steps and upper body dance movement-music, though at times falling into a wrought dance music consistency; it is a unique piece of work that shows an organic evolution, if you start with this and head in a chronological direction. Some of the qualities from the EDM genre have transitioned over, specifically in the elevated and polished percussion pattern, that is mixed prominent in the sonic landscape of soul and jazz/funk music.

The percussion has been a prominent feature; specifically in the way the genre has been able to create more melodic depth into the kind of sonic infusions we get, especially within the singles and EPs she has released as well. The percussion is oftentimes a more chill and relaxed genre (comparatively), but the focus on the percussion to keep a consistent dance vibe, even if you’re doing it alone in your room. And other times her music carries a vibe that doesn’t fully bring you to that headspace, instead giving you an array of elegant production for a calm summer day at that park or sitting on your porch, under an awning, in the middle of a rainy day. That is what her two subsequent albums are.

Skyforest, the follow up to her self titled debut, brings a kind sonic energy that evokes styles in-line with sounds that seems to reveal more unique constructs of a deep house and EDM that is focused more on atmosphere than forcing a dance structure. The smooth transitions are what keep it deterring itself from her vision. And though not every track is perfect on this LP there is a lot to like. One beautiful standout is “Borneo,” which bridges the two different sonic atmospheres by a simple overlay in the synths at the beat drop. It is very different and at times similar to this followup, Sakura, where at times on Skyforest you’ll hear some organic and authentic forest sounds that bring more life, like how Sakura does with Japanese music.

Sakura influence lies in the unique sonic textures of cultural Japan, like high-pitched flutes, somber piano keys, and string orchestration adjunct to their style of musical theater. It is one of the more calm LPs in her collection as its focus goes beyond a consistent sound, and is an overall sonic concept, like Skyforest. It’s hard to make something profound and perfect with a sonic concept because it requires the same, if not more meticulous attention to detail as opposed to artists who do lyrically conceptual work, where the instrumental comes as slightly second nature. Sakura is her best project out of the three albums, mostly because of the intricate detail behind the production and sticking true to the concept in a nuanced manner.

Outside of her three albums, she has, on Youtube and unfortunately not on streaming platforms, a deep house mixtape filled with a plethora of mixed and unreleased material, that is in part a gift for the fans and as well a slight showcase of her technical and musical skills. This is similarly the case with the choices she makes for covers and remixes, which have brought about a different confidence in her artistry by taking on some high-power pop hits like Whitney Houston’s “I Wanna Dance With Somebody (Who Loves Me),” and The Beatles’ “Here Comes The Sun.” They may not be everyone’s cup of tea because of the house direction to the original instrumentations, but they don’t take the stage away from the key parts of the instrumentation that make those tracks well known, like the acoustic guitar in the chorus of “Here Comes The Sun.”

Nora Van Elken was a great surprise to discover as the Breaking Dance playlist on Apple Music and diving into her music was an astronomical feeling of wows and musical glee. The way she mixes and orchestrates her music shows continuous promise as she grows and hopefully becomes a mainstay in house and electronic music.