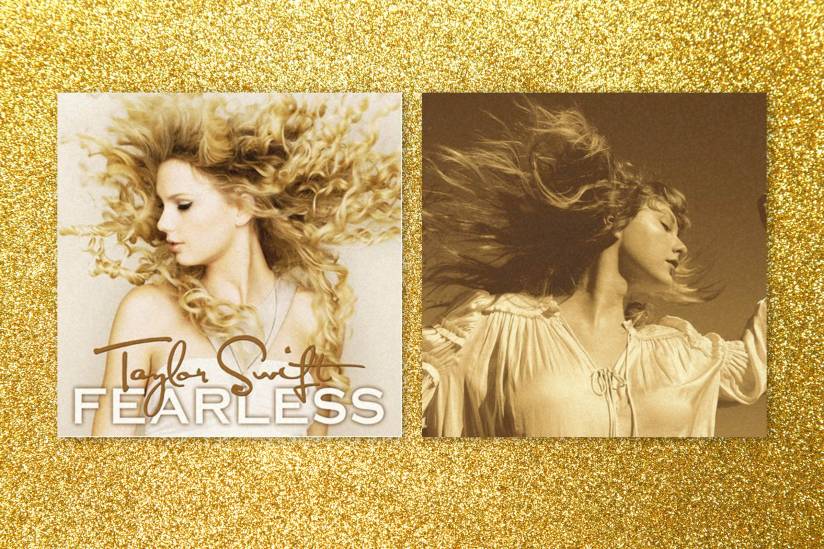 It’s emotionally conflicting how reflective music can be; whether through life-connections that coincide with the teenage angst within or the nuance from an era where a difference in the music comes from the change in lyrics. Fearless (Taylor’s Version) is an amalgamation of these senses and more, as she takes us on part 1 of her journey of re-recording her first six albums to retain the masters of her first six albums. This new version brings matured vocal performances that carry personal-emotional experiences from the career and life she has had since the release of Fearless in 2008. However, this version is not that different from the original, outside minimal tweaks and maturity in her voice that adds a new perspective to the writing and production, with beautifully re-polished mixes.

Taylor Swift’s vocal maturity underlies her recent vocal performances, adding a different feel on the surface. It maintains the steady-balance it had on the genre spectrum, never truly feeling defined by one genre and further allowed her to expand her creative mind. Behind the voice and styles you could hear a part of her aspire to make music that isn’t held back by genre-conventions. A lot of her soft-sung material creates new depth as her voice brings in that sense of reflection and brings the harbored memories from when you first heard these songs. This makes songs like “Fifteen,” “The Way I Loved You,” and “Today Was a Fairytale,” more impactful because the perspective leads you through a nostalgia trip where one can dream about non-adulting things and focus on those dreamy aspirations like a fairytale romance or your future aspirations. The latter of that trio of songs being one is a definitively better version, but the youthful vocals from 2010 adds more characterization to the story.

One constant that differentiates the two versions is the mainline producer. Nathan Chapman did the production and the harmonization, while Christopher Rowe, from Taylor’s band, did the work this time around. It shows, as they bring back most of her band to repurpose their parts; which in turn adds distinct layering that reminds of the old, but you’d rather stick with the new. You can hear it from the beginning as they play at the same pace – with more nuance on “Fearless” and “Change.” It makes her past singles standout out more on the surface allowing for many, a good cry. This was a sentiment I’ve come to know very well with the duet “Breathe,” featuring the incomparable Colbie Caillat, whose redone vocals brought a happy tear to my eye.

Overall, the production/engineering/mixing are slight improvements on the many rough patches the original version of Fearless had on some of the harmonization layers and mixing, but it was never much of a deterrent. These songs, like “Superstar,” and “Jump Then Fall,” don’t hit that dynamic threshold she has shown to hit on many occasions, but that may be due to the impactful nature behind the vocal performance, that at times feels jaunty and roots-like in the string section and that stands out more than the whole. This has been a constant thing that made these tracks less desirable at the time for me, and still does today. And for the most part, there are no real underlying differences in the construction and notes that are in sequence on the production, but there is a more authentic and rustic overlay that brings a different light to the way we intake these songs.

Amongst the 19-tracklist of the original tracks on Fearless: Platinum Edition are new songs she had in the vault. These new songs bring back her two collaborators from Folklore and Evermore, Jack Antonoff and Aaron Dressner to create country – like orchestration/production for Taylor to deliver what ran through her mind at the time of writing. As evident with the inner angst in the writing, you could tell there were some pots she didn’t want to stir further. “Mr. Perfectly Fine,” co-produced by Jack Antonoff, trades a lot of country overtures and implements them subtly in the string section, allowing the percussion to commandeer the production and take it to some poppy heights.

Fearless (Taylor’s Version) is like the refurbished product that got mislabeled as such. So when you get it and you find out it is a brand new product that was never on the floor you are beyond ecstatic. The unpacking feels like you are doing it in Taylor Swift’s presence and it begins to feel like a brand new album, based on the complexities in the layering with the new mixing it goes through. It doesn’t have that same youthful energy that she emboldens with her voice at the time. But as it is with growth, the voice will be different and that’s how it creates this feeling like it is something new.