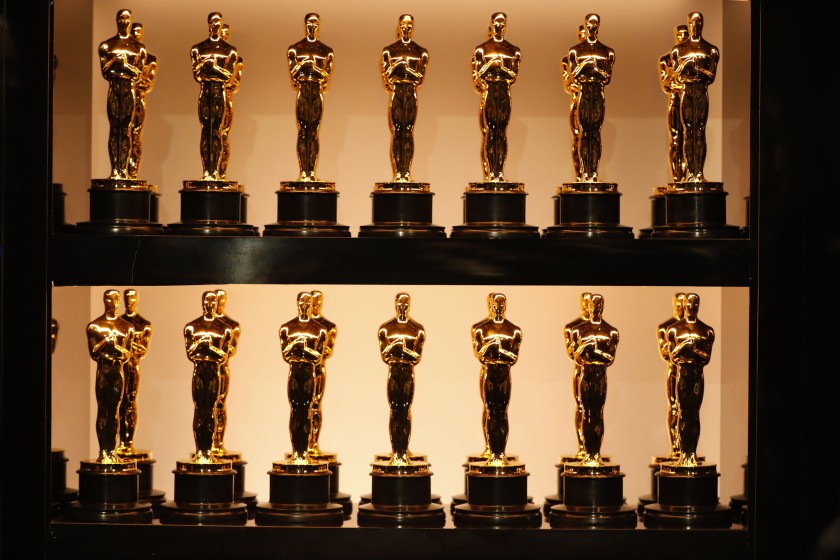 Every award show has the same gimmick, make it as grandiose as possible. And no other body has made certain of a performance inducing a kind of reverence to the emotional compositions oozing from the musicians nominated. Not many performances are that memorable because the amount of nominees in this category fluctuates in number yearly. In 2011 there were only two nominees and no performances; the eventual winner being Brett Mackenzie, of Flight of the Conchords, for a song in The Muppets.

But like every year the nominations fluctuate in quality. There have been very rare years where you couldn’t be mad at 3 – 4 / 5 of the choices. This year is no different; most of the nominations are archetypal in the sonic delivery they love, but there are three that are a step above the conventions. My ranking below is based on the order in which academy voters vote, ranking from best to worst.

Husavik comes from the uneven , but at times unexpectedly funny Netflix film Eurovision: The Saga of Fire and Ice and it is a staple to one of the film’s many strengths. The music, though satirical at times, contained an authenticity that even lets you forget Rachel McAdams is lip syncing.

Husavik is the final number that brings forth the emotions McAdams’ character had for Will Ferrell’s typical self. And drives home the plot’s resolution in various ways and is used in the most natural way, considering. “Husavik” itself is beautifully produced and has this stadium sound of synth pop and dreamy piano undertones that is a pure thing of beauty.

Fight For You – Judas & The Black Messiah

Fight For You embodies the commanding insignia within, in it that it is an overcoat to our own soul. We have this demonizing duality, where what may be wrong in direction is right because of the lesser means that may not have worked before. This is in response to the way we fight for unified equality amongst the system.

H.E.R’s eclectically electric guitar playing brings an essense of authenticity to the standout theme of Judas and The Black Messiah. Throwing a shout out to the funkadelic sounds of the 60s and 70s “Fight For Me,” use of horns and percussion, brings home that atmospheric texture. The reverb on H.E.R. during the chorus adds this blissful vibrance that trumps fellow nominee Leslie Odom Jr.’s “Speak Now.” It’s a beautiful piece and honestly an amazing choice if it wins.

Hear My Voice – Trial of The Chicago 7

This one of the unsung heroes in the trove of nominations in Best Original Song. “Hear My Voice” carries an electric groovy bass line that fills the depth of this beautiful orchestration of percussion and strings, specifically the violins. The live version from Abbey Road is more memorable than the film itself, and a step above in overall quality.

“Hear My Voice,” is written by Celeste, who earlier this year released her debut album Not Your Muse. The artist showed a lot of gravitas in hitting the high notes with confidence and it shows during the bridge of “Hear My Voice,” where Celeste takes it high as the orchestration, produced by Daniel Pembertom, subtly intensifies. It’s another genuine and great surprise to see both nominated and another duo where them winning, wouldn’t be a travesty.

Speak Now – One Night In Miami

Speak Now is the subtly eloquent production, that fortunately the instrumentations delicately overshadows the very direct songwriting. In an age where a lot of “protest music” has arisen, it fits in with a certain crowd, but doesn’t carry the same impact as others. It’s definitely a fine song, by all means, it just never feels like it is taking that next step. Especially when you account for the range Leslie Odom Jr. brings to any musical performance.

Evident with the closing moments of One Night In Miami, there is this sense that Leslie Odom Jr.’s rendition of “A Change Is Going To Come,” brings home more of emotional grip on the listeners. “Speak Now,” is everything a quintessential soul track embodies of the time, with these beautiful piano keys and a tame string section that boosts the chorus’ impact. It’s mundane for the most part, but delivers on it intentions.

Io Sí (Seen) is as great as any Diane Warren production is, but it feels like a waste of the beautiful voice Laura Pausini evokes. There are rare aspects of the track that stack up like the faint harmonies in the chorus that have a try-hard feel to bring over that emotional punch.

The beautiful instrumentation contains a lot of beautiful strings orchestrations that help as much as they can, but fortunately it meshes well with the simple words and Laura Pausini’s voice. It does enough to garner as much of an emotion of happy-sad, but not enough to overshadow the marvelous performance by the magnificent Sophia Loren.